As President of Together Consulting, Hoy-Hawkins has worked in community economic development for over 20 years, providing leadership and guidance to non-profit, for profit and government entities. Most recently, she has been serving as the Project Manager for the Northside Development Group’s Northside Initiative in Spartanburg. Additionally, she has been working as the Project Coordinator for the Greenville Housing Fund (GHF), a wholly-owned LLC under CommunityWorks that supports the production and preservation of quality affordable and workforce housing.

“Tammie was the top candidate in our search for the next President & CEO of CommunityWorks. With a long history of successful non-profit leadership and a deep passion for community development, she is the ideal person to assume the helm of CommunityWorks”, says Billy McGee, Board Chair of CommunityWorks. Hoy-Hawkins will officially join CommunityWorks in January of 2020 once she concludes her work with the Northside Development Group. “We have a remarkable leadership team at CommunityWorks and are confident that this will be a smooth transition. Under Tammie’s leadership, we are looking forward to serving our community for years to come”, says McGee.

“I am excited for the opportunity to serve CommunityWorks as the President & CEO”, says Tammie Hoy-Hawkins. “I have worked in partnership with CommunityWorks and its team through various roles in my community development career, both on the Northside Initiative and with the Greenville Housing Fund. In addition, have been a longtime colleague of Deborah McKetty, whom I admire greatly. I am excited for the opportunity to be the next leader of CommunityWorks and work with the team to envision the next 10 years of the organization’s community and economic development impact”, says Hoy-Hawkins.

“Having worked with Tammie on Spartanburg’s Northside Initiative, I have seen her expertise in action. Tammie truly cares about the work she does and consistently advocates for community development and is passionate about affordable housing. I am confident that she will bring the same enthusiasm and knowledge to her new role as President & CEO of CommunityWorks”, says Bill Barnet, Board Chair of Northside Development Group and former Mayor of Spartanburg. The goal of Northside Development Group is to encourage and manage the redevelopment of the City of Spartanburg’s Northside community, honoring its past and expanding the opportunities for a mix of affordable and market rate housing, economic, educational, recreational, health and social opportunities for its residents.

Prior to founding Together Consulting, Hoy-Hawkins worked for the Federal Reserve Bank of Richmond where she was responsible for community economic development outreach and education for North and South Carolina. Before working for the Federal Reserve Bank, she spent six years as the Director of the SC Lowcountry Housing Trust where she led the organization to over $10M in assets.

CommunityWorks was established in 2008 as a local housing trust fund through a partnership between the City of Greenville, United Way of Greenville County and Greenville County Redevelopment Authority. CommunityWorks’ mission is to build a brighter future for underserved families and communities through financial education, lending, and investing. In 2011 CommunityWorks was certified by U.S. Treasury as a Community Development Financial Institution (CDFI) which operates a community loan fund that supports community economic development.

Since its inception, CW has generated over $221 million in local economic impact and has provided 33,900 hours of training and coaching, served 4,008 families, provided over $3.9 million loans to startups and existing small businesses, and deployed over $6.3 million in affordable housing and community loans that have created or preserved over 662 affordable housing units. 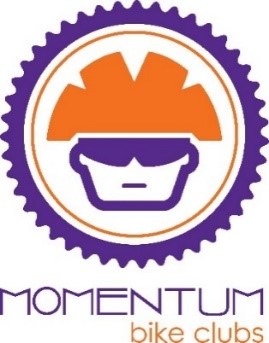 Greenville, SC | February 22, 2019 – Momentum Bike Clubs (MBC), a community mentoring initiative of the Institute on Family and Neighborhood Life at Clemson University, is proud to announce that Tony Elliott, Co-Offensive Coordinator for Clemson Football, will deliver the keynote address at their first annual Resilience Awards Dinner. The event will take place from 6:00 to 8:00 pm on Thursday, April 11, 2019 at First Baptist Church in Greenville. Coach Elliott will share his story of overcoming childhood trauma to becoming a significant part of Clemson’s rise to the top of college football.

MBC operates 19 bike clubs across Greenville County that offer middle and high school students the opportunity to engage in the vigorous exercise of cycling among caring mentors and peers.  MBC promotes positive outcomes for youth by providing opportunities, fostering positive relationships, and offering consistent support to build on their leadership potential. Since its inception in 2010, MBC has served over 800 youth and have collectively ridden over 90,000 miles.

At this event, we will honor a number of our MBC students in recognition of their exceptional commitment and personal growth through Momentum Bike Clubs. Most importantly, this fundraising event will provide critical financial support to expand our reach to support students who are equally talented, but lack support and opportunity.

Sponsorship opportunities for the Resilience Awards Dinner are as follows:

“We look forward to honoring our students at this event and know that Coach Elliott’s personal story will resonate with many attendees in the room,” stated Executive Director of Momentum Bike Clubs, David Taylor. “The mission of Momentum Bike Clubs is to lift students and maximize their potential and we hope that you can come experience this special event first hand on Thursday, April 11th.”

To learn more about the Resilience Awards Dinner or to inquire about sponsorship opportunities, please visit our Eventbrite Page or contact David Taylor at dtaylor@clemson.edu.