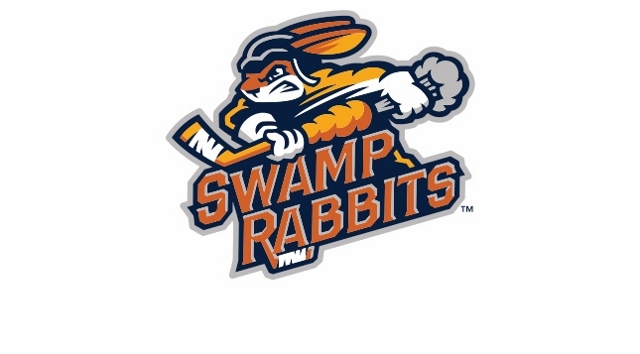 Modeled after Business Power Play, introduced during the 2015-2016 season, International Business Night is another opportunity the Swamp Rabbits are taking to integrate the organization into the fabric of the community. Fostering strong relationships with Upstate businesses and serving as a catalyst for continued economic growth and development are key components to achieving this goal. International Business Night brought together the international business community represented in the Upstate to highlight the important role these local professionals play not only in economic development, but in the overall success of the Upstate.

Local businesses have provided tremendous support for the event by participating as “Puck Promoters.” As part of their participation in the event, Puck Promoters receive a block of lower level tickets for the game and recognition throughout the evening. Before the Swamp Rabbits battled the Orlando Solar Bears, businesses were invited to a pre-game reception held in the arena.

“Business Power Play Night was very successful last season so we wanted to expand that idea to involve international businesses in the Upstate as well,” said Chris Lewis, president of the Swamp Rabbits. “The sport of hockey provides a fun and exciting atmosphere for conducting business and networking. We set out with our partners from Elliott Davis to craft a way for international companies to come together and network in a different kind of environment. ”

ABOUT THE GREENVILLE SWAMP RABBITS

The Swamp Rabbits are members of the ECHL, the nation’s premier “AA” hockey league, and are affiliated with the NHL’s New York Rangers and the AHL’s Hartford Wolf Pack. All home games are played at the Bon Secours Wellness Arena located at 650 N. Academy Street in downtown Greenville. For more information on the team, or to purchase tickets, visit www.swamprabbits.com.